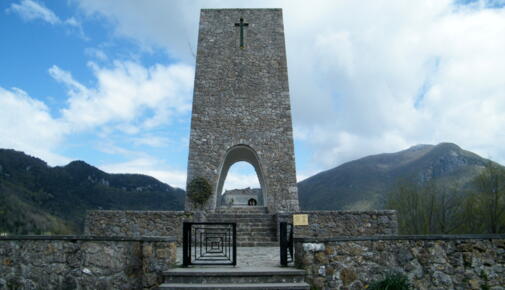 
Sant'Anna di Stazzema is a small village in Alta Versilia , in the Apuan Alps, known for the Nazi massacre during the Second World War: here, in fact, on 12 August 1944, the SS brutally killed 560 people, including many children.
The innocent victims are remembered with the War Memorial, inaugurated in 1985, and with the Historical Museum of the Resistance.

A visit to Sant'Anna di Stazzema cannot ignore its parish church, whose origins date back to the distant 9th century. The main church, dedicated to Santa Maria Assunta, with three naves and a splendid 16th century marble rose window, dates back to 891 AD.
The beauty of the main religious building is also reflected in the other sacred complexes, starting with the Sanctuary of the Madonna del Bell'Amore, to continue with that of the Piastraio, the only Versilian and diocesan sanctuary.

Sant'Anna is the perfect base for discovering the Apuan Alps on foot: from here you can reach Monte Forato, Matanna, Pania della Croce , but also Alpe della Grotta, Monte Procinto and the Foce delle Porchette.

BACK TO ALL ITINERARIES